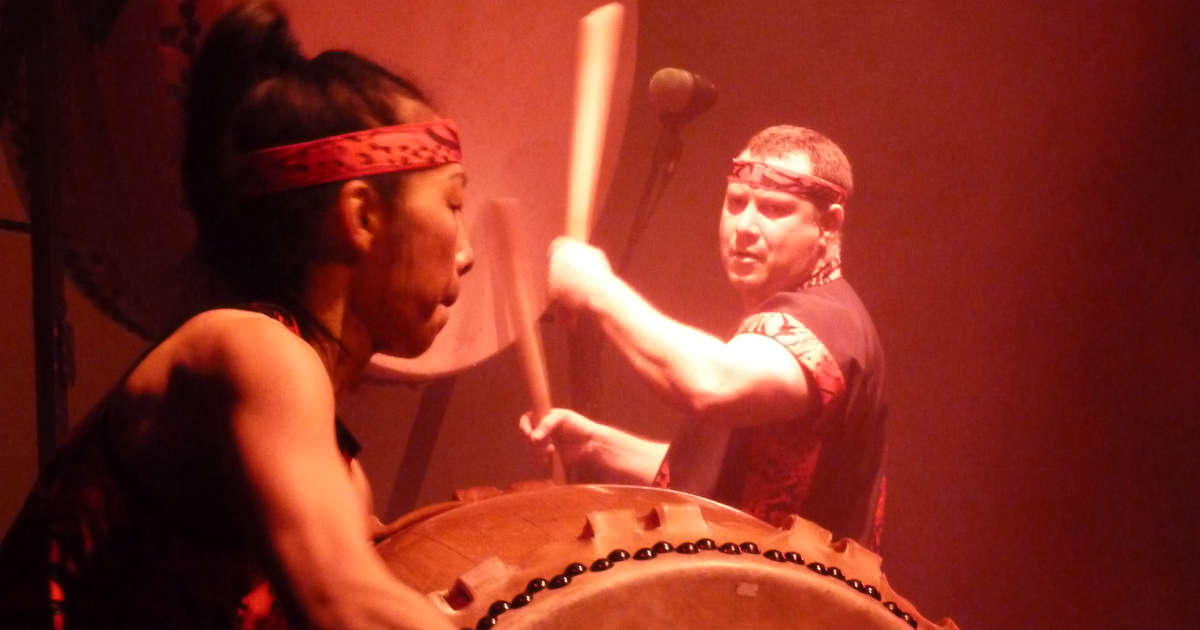 WHAT THE CRITICS SAY

"New art doesn't come more exciting than this. Part drumming ceremony, part costume drama, part jazz improv, part world music sampler; Uzume Taiko's In Your Dreams is high-voltage theatre. This is music you feel in the involuntary flutter of your eyelids, in the sympathetic rumble of your diaphragm. This is music you feel, as one enthusiastic opening night patron put it, 'right down to your colon."
Michael Scott, The Vancouver Sun, Canada

"One of the most remarkable percussion ensembles ever to hit the UK Hugely inventive, ingenious and dangerously mesmerizing."
Roddy Philips, Press and Journal, Scotland

"The three were masters of every nuance of their instruments, creating furious vortexes which brought tremors to the Mousonturm Theatre, and they embellished these with spirited and dance-like movement. Their bodies, their faces were radiating pure joy..."
Sylvia Staude, The Frankfurter Rundschau, Germany

"Uzume Taiko brought one back with a thunderclap, filling the space to overflowing with the sound of pounding sticks on skins.... These drummers were amazing in their combination of strength, precision, creativity and theatricality. Whirling past each other, arms and sticks flailing as they struck one and then another of the various sizes of drums that dominated the stage, they put out an intense energy of youthful vitality and joy."
Maura Volante, The Georgia Straight, Vancouver, Canada

WHAT THE SCHOOLS SAY

"I highly recommend the Uzume Taiko Drum group to play at other schools in British Columbia. I know the students at North Otter Elementary, grades Kindergarten to Seven, enjoyed the powerful demonstration of the majestic taiko drums. The program was varied and always interesting"
Max Olesen, North Otter Elementary

"Yesterday we had one of the best assemblies ever. It was exciting and educational and most of all it was fun."
Lindsay, Grade 7, North Otter Elementary

"The performance was not only spectacular from a creative perspective;costumes, colours, design etc., but the cultural aspect touched my heart deeply."
Teacher, L'ecole Henry Anderson

"I liked the big drums that made big noises!!! It was so loud I felt the drums vibrate inside me. I think it was the best performance that ever came to our school."
Sasha, Fraserwood School